Within FSS, forensic speaker comparison (FSC) involves the comparison of a criminal recording (e.g. a threatening phone call), and a known suspect sample (e.g. a police interview). It is the role of an expert forensic phonetician to advise the trier of fact (e.g. judge or jury) on the likelihood of the two samples coming from the same speaker. There are two important elements involved in making such a comparison.

First, the expert will carry out an assessment of the similarity of the speech character 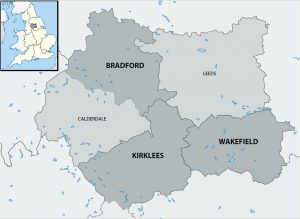 istics in the criminal recording and the suspect sample. Second, the expert will assess the degree to which the same speech features for the criminal sample can be considered to be typical for a given speaker group. The speaker group will typically be defined by age, sex and geographical region (or accent). This second element is critical in providing context for the first; the suspect could have speech very similar to that in the criminal recording but this could be purely coincidental if they exhibit speech characteristics that are common to their speaker group. In contrast, if the criminal and suspect are observed as having speech features considered as being atypical for their speaker group then this would provide strong evidence for it being the same speaker.

One complication associated with FSC is that data to estimate whether a speech feature is typical or atypical for the given speaker group, commonly known as population data, are scarcely available. Unfortunately, the time and expense involved in the collection of population data means that forensic phoneticians face a huge challenge in obtaining such data for casework. This problem is further complicated by the high degree of variation that exists in speech across different speaker groups. Methodological research in the field of FSS has demonstrated that identifying the correct population for a FSC is vital in accurately representing the strength of evidence. It is largely for these reasons that experts argue that the biggest problem facing the field is the limited availability of population data.

The lack of population data available for FSC cases can be explained by two factors:

The first factor can be attributed to the time, money, and effort involved in collecting population data.
The second factor is caused by the fact that practitioners do not have a platform on which to exchange knowledge.

Experts argue that the biggest problem facing the field is the availability of population data (Rose and Morrison, 2009, French et al., 2010).